a.s.r. aims to be a sustainable company for investors, one that is attractive to invest in by creating value in both the short and long-term. a.s.r. does so by adhering to a disciplined execution of its strategy aimed at delivering a solid performance against a set of financial and non-financial targets. 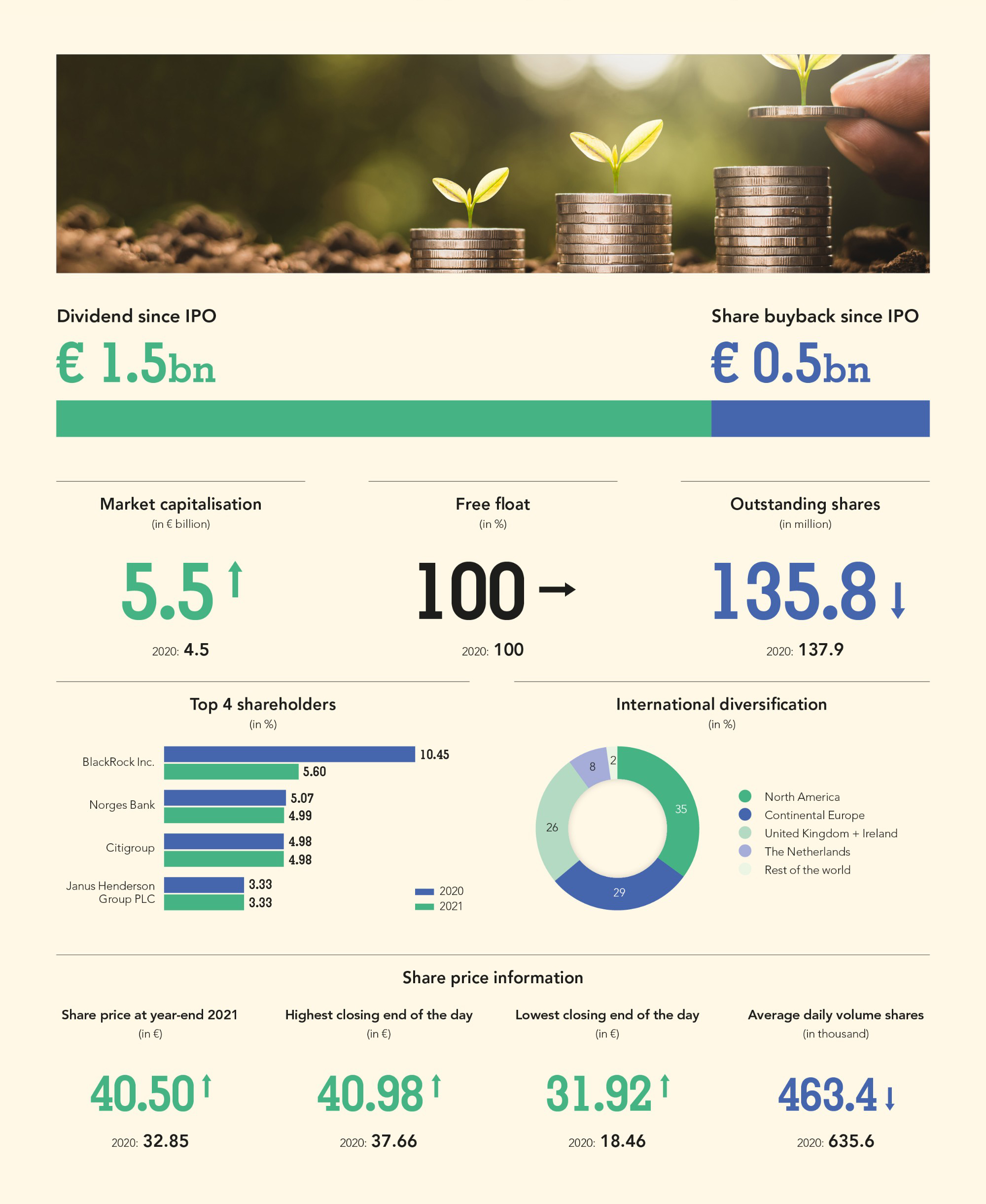 a.s.r. attaches great value to maintaining a strong relationship with the investment community in the broadest sense and adheres to high standards relating to transparent communication and fair disclosure. The aim of a.s.r.’s investor relations is to provide all relevant information which can help investors make well-informed investment decisions. a.s.r. makes every possible effort to ensure that the information it discloses is accurate, complete and timely.

a.s.r. provides relevant insight into its activities through various financial and non-financial disclosures. To that end, it regularly updates the markets on its financial performance, the progress it is making on the execution of its strategy and any other relevant developments through press releases, webcasts, conference calls and other forms of communication. a.s.r. publishes its financial and non-financial results twice a year in the form of half-year and full-year results.

In 2021, a.s.r.’s management continued to actively engage with its existing investor base and potential new investors. Due to COVID-19, almost all meetings, roadshows and conferences were converted into conference calls or video meetings. In December 2021 a.s.r. held an Investor Update (IU) in which it provided an update of its strategy and announced its medium-term financial and non-financial targets for the 2022-2024 period.

a.s.r.’s dividend policy applicable for 2021 is based on a pay-out ratio of 45-55% of net operating result distributable to shareholders (i.e. net of tax and hybrid costs), while taking into account the aim to offer a stable regular dividend per share. Effectively as from 2022, a.s.r. will adopt a new dividend policy intended to offer shareholders a progressive dividend going forward.

Since the Initial Public Offering (IPO) on 10 June 2016, a total cash amount of € 2.0 billion has been returned to shareholders (including the proposed final dividend over 2021). This includes € 255 million of share buybacks in 2017 during the sell-down process by NL financial investments (NLFI), the SBB programmes of € 75 million in 2020 and in 2021 and the announced € 75 million SBB programme in 2022.

a.s.r. shares are held by an international and diversified shareholder base. By the end of 2021, based on public filings and company information, institutional investors in North America and the United Kingdom (UK) and Ireland, will represent the majority of a.s.r. shareholders, who own approximately 54% of the outstanding shares. The remainder is held mainly by investors based in the Netherlands, Germany, France, Norway and the rest of Europe. A limited number of the shares are held by retail investors in the Netherlands. 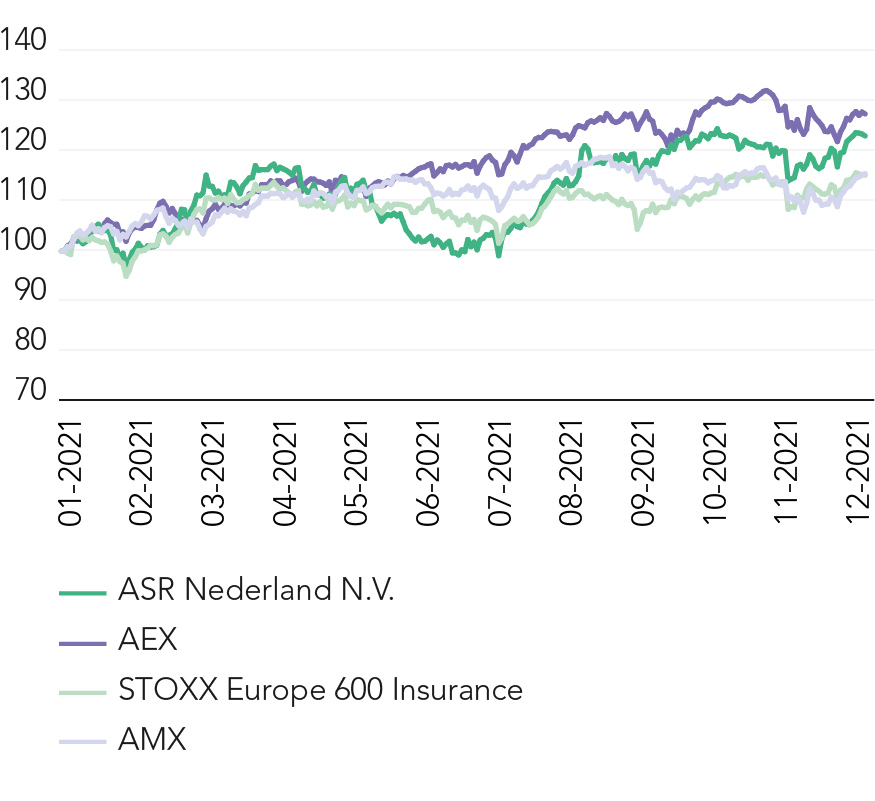 a.s.r. is included in the following indices:

a.s.r. is rated by Standard & Poor's (S&P). In 2021, a.s.r. had several conference calls with the rating agency to discuss developments both at a.s.r. itself and in the Dutch insurance market. This resulted in a comprehensive S&P analysis report on a.s.r. on 14 September 2021, which confirmed the ratings and outlook. The single A rating of the insurance entities has applied since 29 September 2008, and the stable outlook since 23 August 2012.

More information on a.s.r.’s bonds and ratings can be found on www.asrnl.com.

a.s.r. is rated by several ESG research agencies. These agencies provide a.s.r. with external recognition for its realisation of its group targets including non-financial targets. These agencies also benchmark a.s.r. to its peers. Sustainalytics, S&P Global (Dow Jones Sustainability Index) and Moody’s ESG (Vigeo Eiris) in 2021 improved their rating on a.s.r., which led to a continued strong position in these benchmarks. The ratings of MSCI and the Carbon Disclosure Project (CDP) also improved to A and B respectively. The rating at FTSE4Good decreased with 0.2 points, while the rating of ISS Oekom remained the same.

More information on a.s.r.’s ESG ratings can be found on www.asrnl.com.

a.s.r. invests approximately € 75 billion. A large proportion of that is intended to enable a.s.r. to meet future obligations to clients. Of which € 28 billion is invested for third parties. Investing an estimated € 20 million, the Netherlands Red Cross is one such party.

When the Red Cross had to choose an asset manager in 2021, a.s.r. was quickly chosen. Wilco van Wijck, manager Finance & Control of the Red Cross explains why: ‘a.s.r.’s vision on the Sustainable Development Goals and issues such as child labour is in line with our principles. The fact that our money is invested sustainably and does not lose its value in the future, is more important to us than the pursuit of high returns.’.

A short clip on the choice made by the Red Cross can be found at www.asrvermogensbeheer.nl. 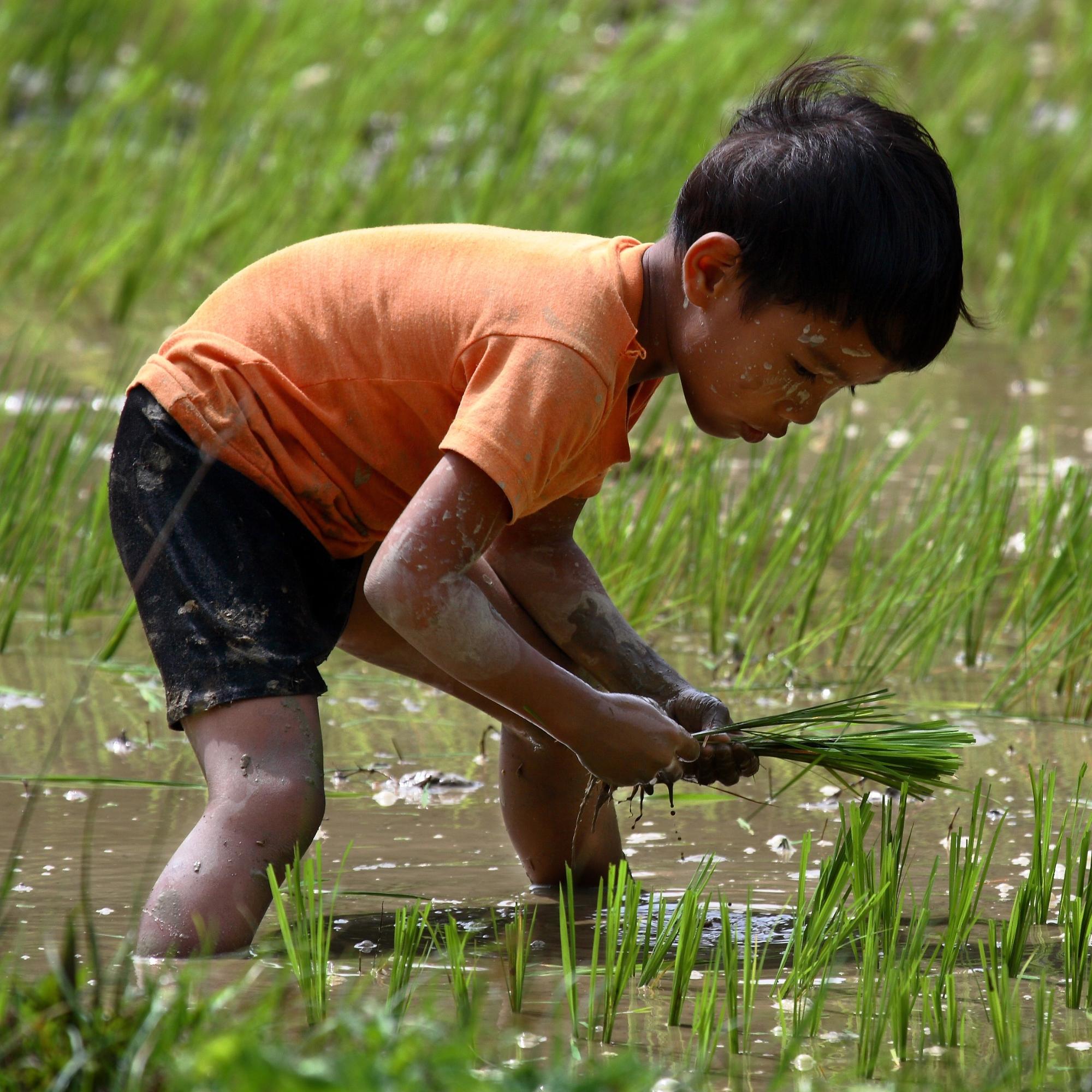 The following items have been added to your collection